Early in 2021, CRT announced that they would be restricting moorings along 10km of the River Lea, claiming that mooring in these ‘Water Safety Zones’ was unsafe. Join us at the Hackney Protest Picnic on 26th June 2022 to continue our resistance! Meet at 12 noon on Walthamstow Marshes, opposite the Anchor & Hope pub. 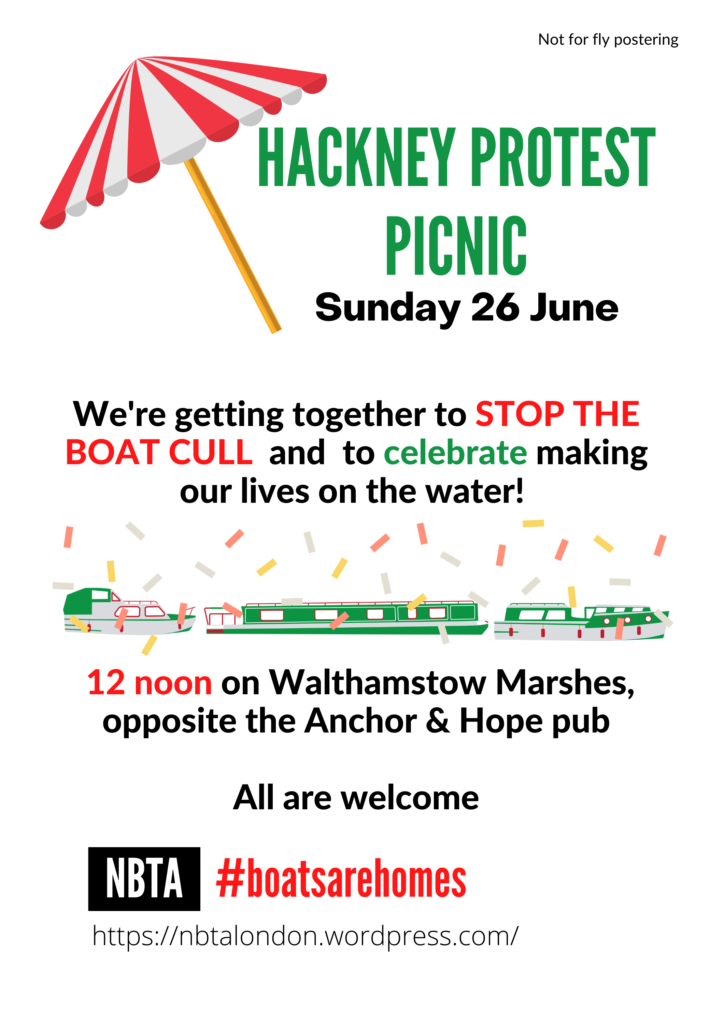 The NBTA, together with the London boating community, fought against these so-called water safety zones. First, we organised the Broxbourne flotilla in April. Then, we organised Hackney Flotilla in June, which was attended by over a thousand people. CRT were forced to listen to ask boaters’ opinions, then ignored what we had to say.

Now, we face the extra threat of payable moorings in central London, but we continue to resist CRT and fight to protect our nomadic lifestyle.

There will be live music from:

We’ll also be putting on a vegan BBQ and refreshments plus more additions to be announced! Hopefully we’ll get a lot of lovely sunshine and a lot of lovely faces so bring yourself, your friends and the family and let’s show CRT that life isn’t ‘better by water,’ but on it!

The picnic starts on Sunday 26th June at 12 noon on Walthamstow Marshes, opposite the Anchor & Hope pub.