Hundreds of boaters, local residents and land-based supporters turned out on Sunday 26th of June to attend the NBTA’s  Hackney Protest Picnic in a continued show of resistance to the Canal & River Trust’s (CRT) ongoing attacks on the capital’s liveaboard boating community.

The picnic, which began at midday and ran into the late afternoon, was held on Walthamstow Marshes opposite the Anchor and Hope pub. On a day lit by glorious summer sun, the capital’s boating community came together in a joyous show of solidarity and celebrated their life on the water with conversation, live music, mural painting, refreshments and a vegan BBQ. With hundreds in attendance, the event was a chance for local, land-based residents to learn more about boaters, and to hear from the NBTA about the attacks that their community has sustained from CRT over the past few years, as well as the lively and ongoing campaigns to preserve their way of life that have grown up in response.

Marcus Trower, NBTA London branch secretary and one of the event’s organisers said: “London’s boater community has endured years of attacks on their way of life from the CRT – everything from unlawful attempts to evict boaters from their homes to the current Water ‘Safety’ Zones that will drastically restrict boaters ability to live and work around the River Lea. This Protest Picnic is an opportunity to not only draw attention to the issues that boaters are facing from the CRT, but to also celebrate our unique community, way of life and contribution to Hackney’s own rich public life. Those of us that have moored in Hackney consider spending time here to be an essential part of London’s boating culture, and one of the joys of making our lives on water; we’re looking forward to welcoming as many people as possible to Walthamstow Marshes to celebrate that fact with good food, music, conversation and continued solidarity for our fight against CRT’s boat cull.”

With the CRT recently rowing back on commitments to consult with boaters about the removal of moorings in so-called ‘Water Safety Zones’ on the River Lee, the Protest Picnic comes at a time of uncertainty for many boaters, many of whom have been harassed with enforcement notices and threatened with eviction from their homes. Sunday’s celebration of boater life was the latest in a series of events which protest against the CRT’s plans to drastically cull the number of casual moorings across London, and demonstrate the strength and vibrancy of the liveaboard community whose lives these plans will negatively impact. In April 2021, a flotilla of boaters made its way through Broxbourne to raise awareness of CRT’s attacks in the local community and in June 2021 a similar flotilla protest through Hackney drew thousands of boaters and supporters alike. In March of this year, hundreds of boaters and supporters marched on the CRT’s main office in Little Venice to explain how these discriminatory policy changes are threatening people’s livelihoods and intentionally pricing boaters out of their homes.

Ian McDowell, chair of the London branch of NBTA explained some of the reasons behind boaters continuing resistance to the CRT’s plans: “This continued disregard for the people who live and work in these new ‘no mooring’ and proposed paid-for mooring areas drives boaters away from their livelihoods, and out of their homes. By ignoring its responsibility to preserve the waterways for all communities, CRT is crossing a dangerous line that could see London Waterways and other waterways become usable only by those who can afford any extra costs CRT chooses to introduce in addition to the licence fee. Their actions only serve to show that while CRT markets themselves as a charity that promotes wellbeing, they repeatedly try to introduce policies which attack boaters’ wellbeing and way of life.” 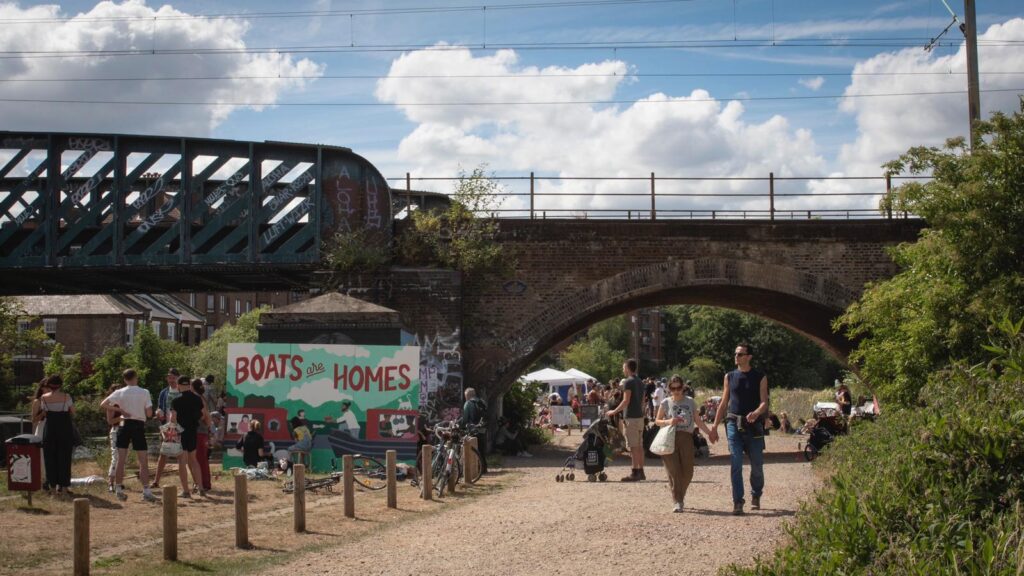