Signs have been put up on the River Thames and on Environment Agency waters at the mouth of the River Kennet around Reading over the past two years by District Enforcement (DE) claiming to act for Reading Borough Council. Chestnut Walk is now a no-go area for boaters. Boaters at Tescos moorings have been systematically harassed. Intimidating signs have recently appeared at Blakes Wharf (Chocolate Island).

Come to the meeting to discuss the outrageous behaviour of DE.

The activities of District Enforcement include: 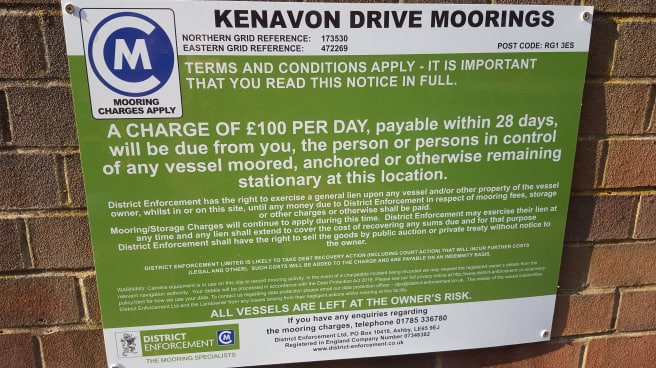