As Cambridge City Council looks set to start evicting Bargee Travellers moored at Riverside Dock and elsewhere on the River Cam following a consultation on revisions to its mooring policy in 2017 that failed to engage with these boat dwellers, over one thousand people have signed an online petition calling for a halt to the evictions. Please sign the petition here:

As a result of the consultation, the Council proposes to evict all but 7 boats from Riverside in order to create 7 moorings, having alleged that the moorings at Riverside are unsafe. Evictions are likely to begin in March 2018.

There are railings at Riverside (which are owned of the highways authority, Cambridgeshire County Council) that were constructed with gates, ladders and mooring rings so that boaters could moor and access their boats from the road. These gates were welded shut some years ago to prevent accidents caused by people getting into or falling into the river (in many cases under the influence of alcohol). Thus another facility for boaters was removed. Despite the existence of these moorings, the Council’s report on Revisions to the River Mooring Policy of 20th March 2017 alleges that “the retaining wall along Riverside introduced over 50 years ago was considered as one which was not currently approved by Cambridge City Council for mooring purposes”. This completely ignores the fact that many inland waterway boat moorings and retaining walls date back to the 19th Century.

Both liveaboard and leisure boaters have moored their boats at Riverside Dock for at least the past 30 years. The ownership of the land where the boats moor was not known; in 2014 Cambridge City Council registered the freehold of the land in its name and assumed enforcement powers.

The Council’s Strategy and Resources Scrutiny Committee voted on 20th March 2017 for measures that would, in effect, socially cleanse the Bargee Traveller community from the River Cam. Letters threatening eviction were sent out and many boat dwellers are now homeless following the Council’s threat of eviction from the river. 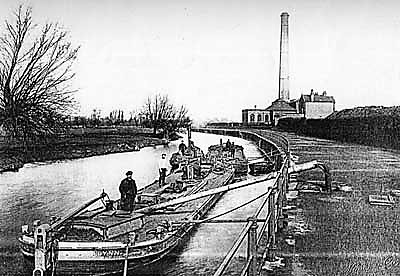 There is a Public Right of Navigation on all navigable rivers, which dates from Time Immemorial and was first codified in the Magna Carta of 1215. This includes the right to moor for a reasonable time on riverside land (see Halsburys Laws of England, 5th Edition, paragraph 691). The proposed evictions will subvert the Public Right of Navigation and are thus unlawful.

A spokesperson for NBTA River Cam said: “For many years, the Bargee Traveller Community of the River Cam has lived with the threat of eviction, persecution, criminalisation and discrimination by the combined authorities of Cambridge City Council, the navigation authority Cam Conservators and the rowing clubs, whose Cambridge University members are chair and deputy chair of the Cam Conservators. These authorities have completely failed in their duty to protect this highly vulnerable group of people, many of whom have protected characteristics including age, disability, maternity, Roma status and families with school-age children.

This Bargee Traveller community mainly live at Riverside, but also live elsewhere on the Cam including the banks of the Council-owned commons. Individuals are ruthlessly categorised by the Council as being either not on a mooring waiting list, or on one of the following three waiting lists for a mooring licence: regulated, narrowboat and widebeam.

Without a mooring licence, obtained by reaching the top of one of the waiting lists, Bargee Travellers are criminalised by the council as ‘illegally moored’ and are then subject to the ruthless enforcement procedure which results in eviction, without any genuine needs assessment as is required before carrying out evictions of alleged “trespassers” and without taking into account any protected characteristics as the Equality Act 2010 requires.

In contrast, the Council does not enforce the requirement in its mooring policy that those with a Council mooring must have no other property or home than their boat. The Council prefers to evict the poor and vulnerable, whose boat is their only home,making them homeless,rather than terminating the mooring licences of the wealthier property owners, some of whom rent their boats out for a profit or who are not even living in the UK. The three authorities of the River Cam appear to share a common goal of gentrification of the river, preferring instead to sell off riverbank to property investors who build housing as an investment, pricing local people out of the market, rather than supporting affordable housing options for ordinary working class people, such as living on a boat.

Local residents like the vigilance and security of having neighbours on boats living nearby, particularly in isolated or unlit areas, and Bargee Travellers have been instrumental in the creation of a safe local community. From rescuing abandoned horses on the common, taking swans injured by the rowers’ blades to the vets, litter-picking, lifting out obstructions such as shopping trolleys to fixing the weirs and locks, Bargee Travellers are a huge asset to the River Cam. They are appreciated by the local community who live by the river, whilst being discredited, attacked and evicted by the authorities, including the Council that was elected to serve them.

Damaging propaganda has been concocted by the authorities, including an alleged lack of mooring space despite ample empty mooring spaces; smoke from fires, despite regular bonfires by rowing clubs opposite and most boats being off grid and using renewable energy such as solar panels, which make living on a boat one of the lowest domestic carbon footprints. However local support has seen through this apparent smear campaign and has been stronger than ever.

The full extent of the Council’s planned evictions remains to be seen, but the one thing that is certain is that there is a core of Bargee Travellers who will not give in to the council’s unlawful enforcement action against them and who are prepared to fight, with the law firmly behind them”.

Here is the Council’s revised mooring policy and reports on the consultation:

The Minutes of the Strategy and Resources Scrutiny Committee, 20th March 2017 are here: