The National Bargee Travellers Association (NBTA) has made a formal complaint about the conduct of CRT’s boat licensing review. NBTA Chair Pamela Smith condemned the consultation after speaking to boaters who attended the workshops that formed the second stage of the consultation.

Ms Smith said: “The consultation has been shambolic, undemocratic and misleading and the NBTA has no faith in the outcome. We anticipate that boaters without a home mooring will be penalised by discriminatory rises in licence fees based on the prejudiced view of our community put forward in the interim report. The NBTA will do whatever it can to defend Bargee Travellers against unfair increases in the licence fee”.

Some people were excluded because CRT closed registration to the workshops before the deadline of 30th April 2017. The NBTA received several reports from people who tried to complete the online form in the afternoon or evening of 30th April that it had already been taken down.

A screenshot of the registration link, taken at 15.38 hours on 30th April: 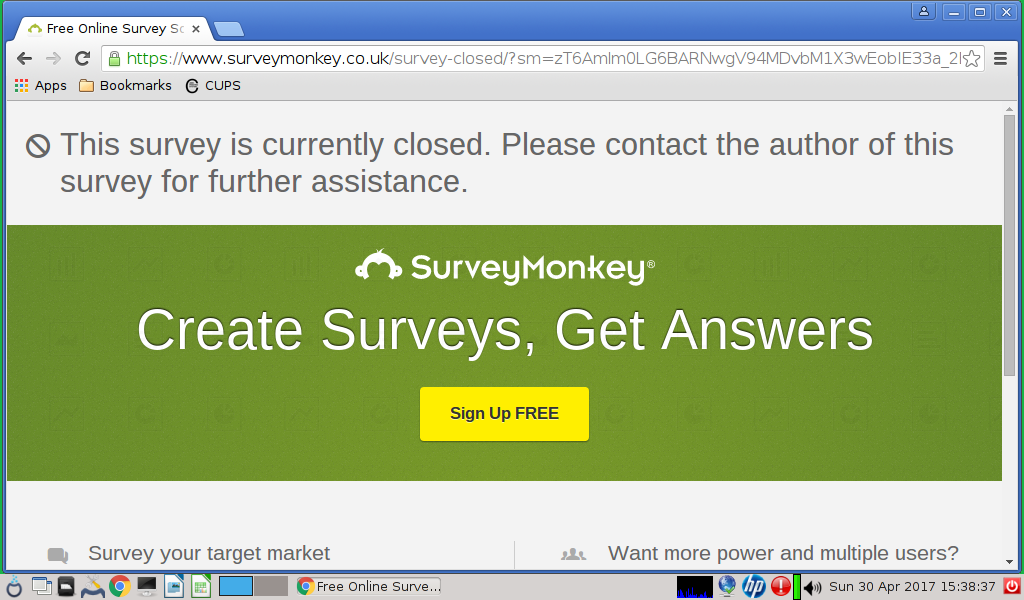 People who wanted to attend the workshops were excluded in advance by not being offered a place. However due to the very poor attendance, the workshops themselves were not capable of being the representative forum claimed by CRT. These failures will inevitably cause serious flaws in stage 3 of the consultation.

The statement on page 3 that “Licence holding boaters contribute 11% of the overall costs of running the waterways”, given that it is a much lower figure than that reported in CRT’s accounts, is likely to have skewed participants’ responses towards agreeing that licence fees should rise.

Providing misleading information to consultees violates the Government principles of consultation. CRT states that it follows these principles. Item C of these principles states that consultations should include validated assessments of the costs and benefits of the options being considered when possible. Workshop participants were unable to give intelligent consideration or an intelligent response to the consultation questions, because the information provided to them by CRT was defective.

In further violation of the Government principles of consultation, a participant reported that in the workshop in London on 20th June, the external facilitator framed the questions in a way that excluded maintaining the status quo as an option, even though the majority of the participants disagreed with all the other options that were presented. This indicates, contrary to the Government’s principles of consultation, that CRT already has a final view, namely that “no change” is not an option. 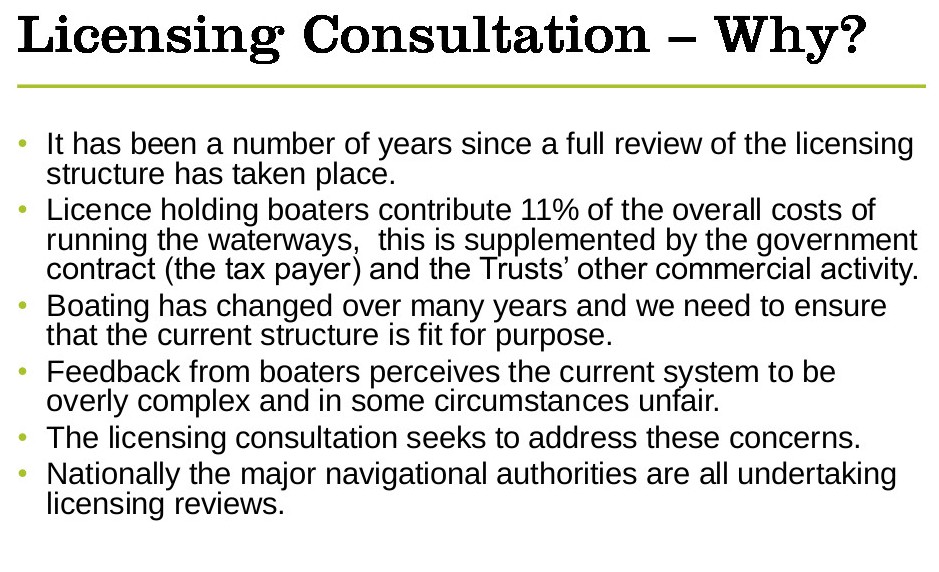 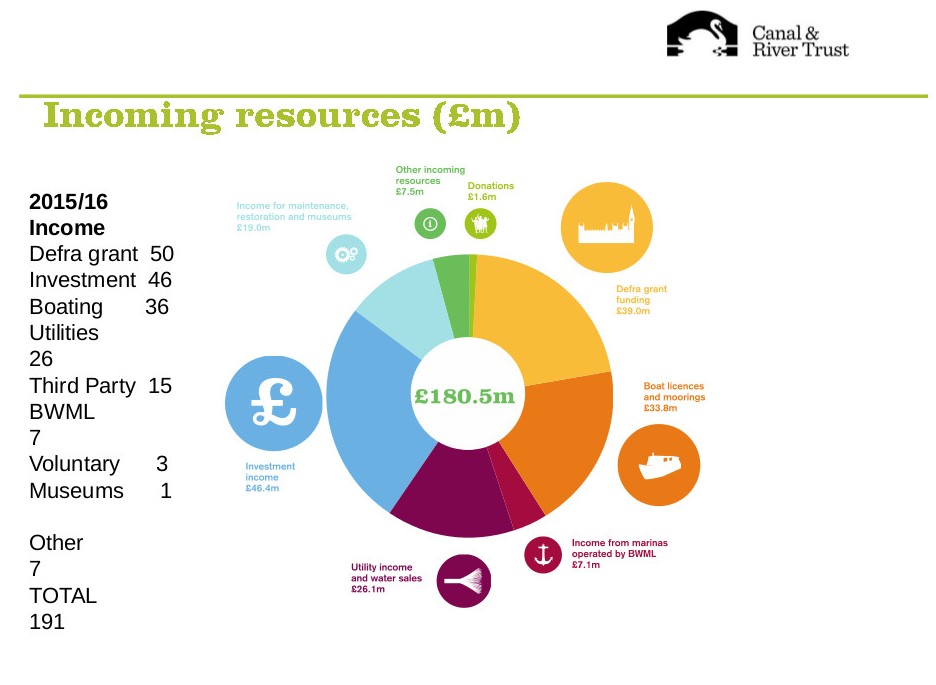 The stage one consultation report, Licensing Futures – Stage 1 Report to the Canal and River Trust by Involve, published in April, is biased and inaccurate. Rather than conducting a balanced and contextualised analysis of the issues raised, it simply repeats the prejudiced allegations of the majority and fails to recognise both that boat dwellers without a home mooring are a numerical minority (some 5,000 out of 32,000) and that consultation is not a majority voting exercise. The report creates the perception that a very large number of boat dwellers without home moorings are creating congestion by hardly moving, when the reality is that most are being forced to travel in a range of at least 20 miles over their licence period otherwise their boat will be seized and removed. This means they cannot be causing this sort of congestion or staying in one area for long periods as the report wrongly states repeatedly.

The report unfairly blames boaters without home moorings for congestion, but provides no definition of congestion and makes no reference to congestion caused by boats queueing to use locks. The report also wrongly attributes long lines of moored boats on the Shropshire Union Canal to boaters without home moorings, when the majority of boats moored on the Shropshire Union Canal are on permanent End Of Garden moorings. In 2010, British Waterways’ Head of Boating Sally Ash declared her intention to stop this “proliferation of end of garden moorings” but encountered opposition from Audlem Parish Council.

The NBTA alerted the interviewer in stage one of the consultation to the prejudice and misinformation about boaters without home moorings and their legal rights that exists, and to the costs and dangers of addressing perceived unfairness without analysis, but this has clearly been ignored.

The consultation has frequently presented the boat licence fee as a way of raising funds for waterway maintenance. Providing inaccurate or exaggerated information about CRT’s need for funds contravenes the Fundraising Regulator Code of Fundraising Practice, which CRT is registered with. CRT published derogatory allegations about boat dwellers without home moorings in the stage one report.The code of practice also prohibits charities from denigrating other individuals or organisations in their fundraising activities.

In a staggeringly inept move, CRT announced on 31st May that from 12th June 2017 it was to introduce a Static Letting Licence for all types of boat rental. To introduce a new boat licence, bypassing the consultation process, completely undermines CRT’s claim that the licensing review was needed because the boat licensing system is complex and difficult to understand. The new licence introduces more complexity. To do this without waiting for the results of the consultation, and without specifically consulting on the proposal, also violates the Government principles of consultation by failing to consult at all.