Canal and River Trust (CRT) are taking away hundreds of mooring spaces on the River Lea in Hackney and Broxbourne. They are completely ignoring the views of boaters. Early in 2021, CRT announced that they would be restricting moorings along 10km of the river Lea, claiming that mooring in these ‘Water Safety Zones’ was unsafe.

The NBTA, together with the London boating community, fought against these so-called water safety zones. First, we organised the Broxbourne flotilla in April. Then, we organised Hackney Flotilla in June, which was attended by over a thousand people. Realising what they were up against, CRT promised to collect and listen to the views of boaters and engaged us in consultation.

The results of the consultation were clear: boaters are concerned about safety, but the ‘safety zones’ wouldn’t make the river safer. The ‘River Lea Forum’ was established with representatives from all interested river user groups to discuss what would make the waterways safer. We were hopeful that we would sort this out through discussion.

Hundreds of boaters have defied CRT’s unfair and unjustified restrictions so far. We encourage all boaters to moor where they see new ‘no mooring’ signs, as long as it is safe to do so. We encourage all boaters to put up a ‘moored here in protest’ poster in their window. Our community needs all of us to resist. We must show CRT that they cannot treat us like this. Together we are stronger.

Please put the protest poster in your window. 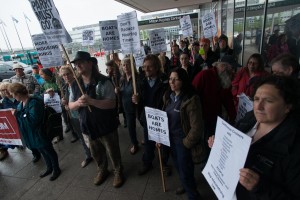 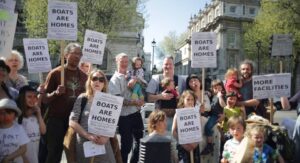 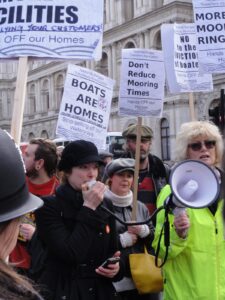 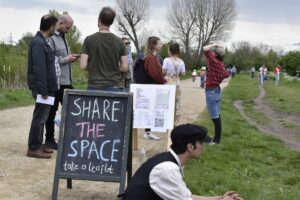